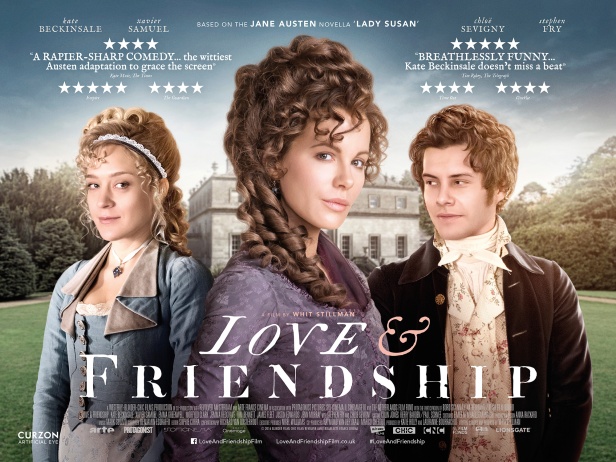 Well I say we and went, when I really mean me. Everybody else having made a hasty exit,flimsy excuse still hanging in the wind, as my choice in film is, not renowned at Games and Stuff towers.  So left alone I wandered over to my living room sofa, popped on the TV, awakened the PlayStation from its deep slumber and started the trawl through Amazon Prime and Netflix for a movie to watch. Now, for some of us the story could start and end here, after a few hours spent trawling through both sites, overawed with the shear amount of content on offer- we give in, give up. Realizing that any time we did have for the TV is now gone, wasted, the hours slipping by like grains of sand in an egg timer and off we go and do something else, well not me i’m made of (lazier) sterner stuff. I Googled what to watch, narrowed it down to a choice between….. either…( don’t judge me) Focus( Will Smith and Margot Robbie) on Amazon Prime and Love and Friendship    ( Kate Beckinsale ) on Netflix. After a coin toss -heads Love and Friendship and Tails for Focus- heads won and I settled down to watch what the Guardian website had described as one of their films of the last year.

A little info, for those that haven’t heard of the film;

Love and Friendship is based on the Jane Austin novella Lady Susan and its Lady Susan that Kate Beckinsale plays in this movie.

Its an enjoyable movie with Kate Beckinsale bringing the character of Lady Susan to life,showing a real flare with the dialogue as do the rest of the cast,adding certain Oscar Wilde-esque wit the script and scenes when allowed. Its a little bit naughtier and racier than most of the period pieces I have seen. Even going so far as letting the so called bad guy of the piece win, with no consequences for her actions. Which is good to see in a movie, especially as I was waiting for her comeuppance. Plus the support cost of Stephen Fry and Chloe Sevigny are really good