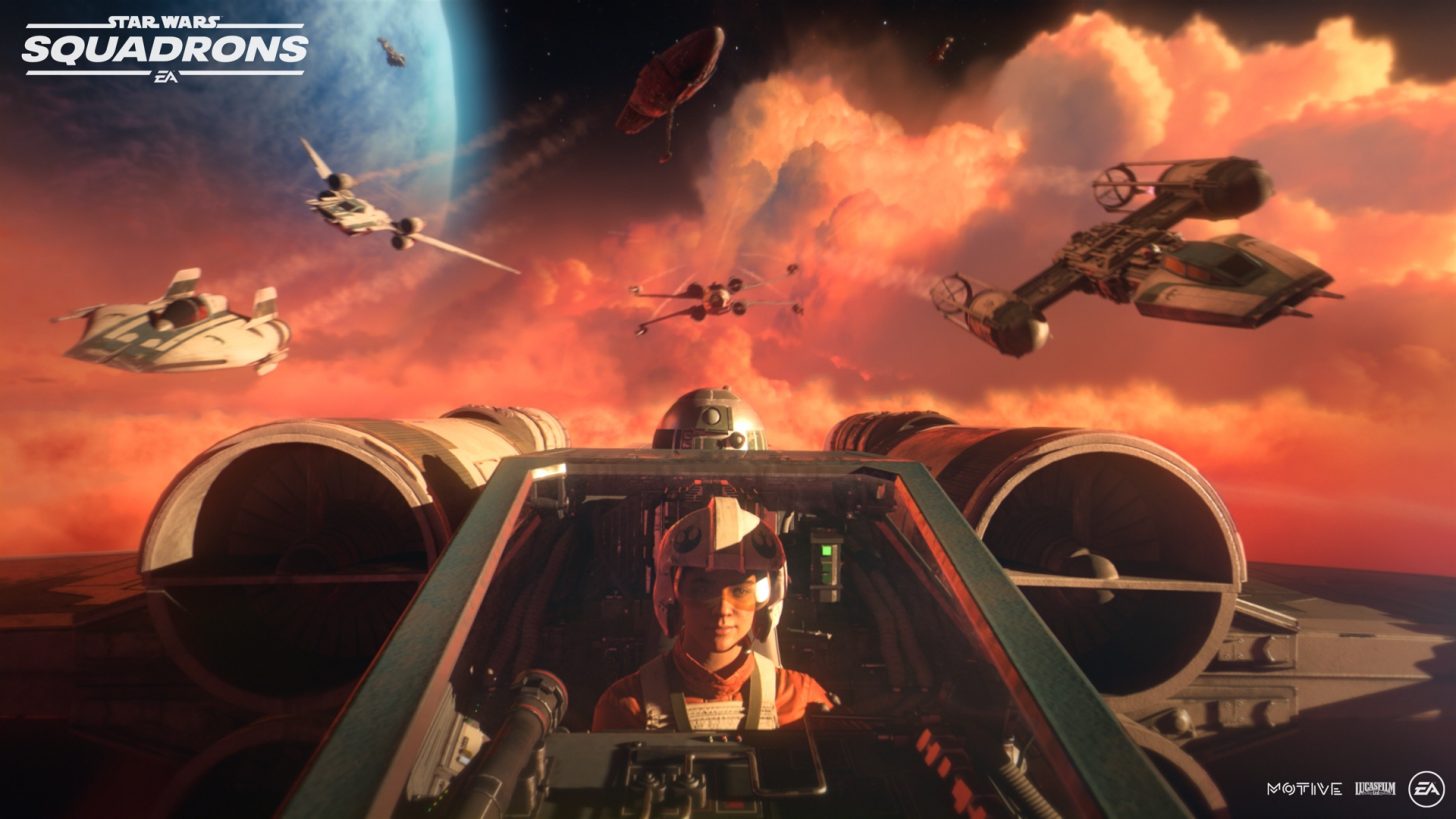 Afternoon all, from a Galaxy, far, far way and welcome to my first impressions for Star Wars: Squadrons.

What a first impression the game gives. It is a delight to play in VR, so much of a delight that I have not even played the game without the headset on. It just feels so right. If you have a VR headset and have any positive feelings for the Star Wars universe or just love flying games in general. I would hunt this game out. It really feels as if you are on the rebel or imperial pilot in the given mission. The cockpit layout’s are outstanding in their detail and more than once I lifted my hand up to touch the roof of the X-Wing as it closed above me.Feeling rather silly as my brain suddenly realised that there wasn’t actually a lid too close above me. It is clear that an incredible level of detail has gone into making the various ships feel alive.

Motive have to be applauded for really bringing our daydream’s of flying an X-Wing to life.It really does feel that good to ”fly” the ships. They feel weighty and solid in the universe and are lovely to look at. Plus and, this is very important to me, the ships don’t seem to explode if you happen to collide with another ship, friendly or otherwise. This is great news for me as I am a terrible pilot who has only managed to play through the opening few levels but, also gives hope that the multi-player component won’t have people screaming at me as I completely fail to spot a large Star Destroyer on the horizon and continue to fly absent mindlessly straight into it, exploding and getting shouted at by the rest of my team. This can only be a good thing. Yes it can be strange to bang into another ship, to have your pilot scream out in fear, only for your ship to be slightly damaged in the process but, leads to less stupid deaths and more time having fun

Fun is the most important thing.

The game is a great time. It want’s you to sit back relax and have a good time, the levels are short and at the moment don’t feel too taxing with a nice emphasis on you being the new hot-shot into the team. A hot-shot who is instantly well liked and one your squad seem to want to do well. It’s a nice game that seems to want to make you happy and at the moment it’s doing a good job.

A Place for everybody and anybody

Micro of the Macro

Recognizing & appreciating our oneness with Nature

Raising awareness for mental health disorders through a shared passion of video games, poetry and more.

An olive girl reviews some bright and colorful makeup

Nerdy goodness every Thursday and Sunday

The Musings of a Writer / Freelance Editor in Training